Baseball for the blind and visually impaired: first time in Beek 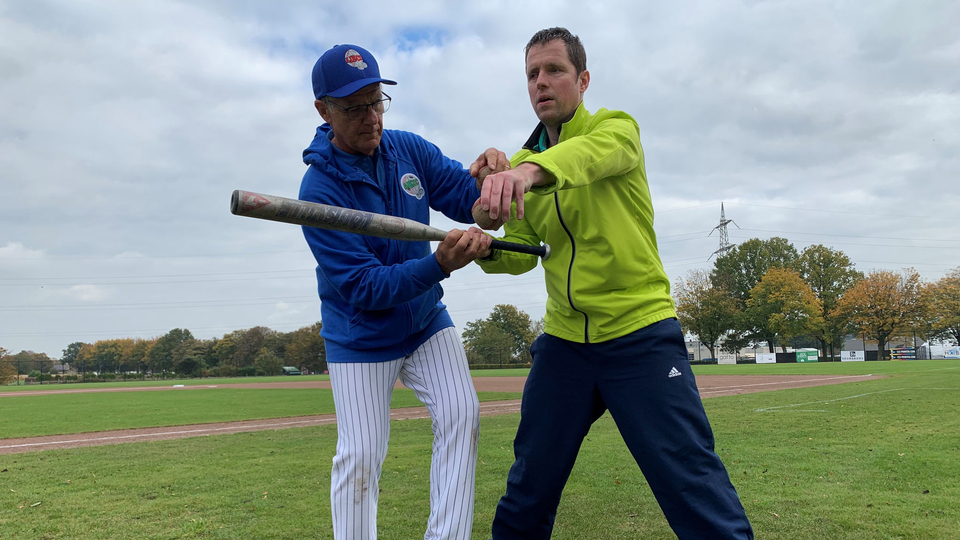 Beek had the national first Baseball for the Blind event on Saturday. Italian top coaches flew to the Netherlands to bring baseball to the attention of the blind and partially sighted people in the Netherlands. There is a healthy tension on the field of the Cheetahs baseball and softball club on Saturday morning. Not just among the twenty participants with a visual impairment who will soon be playing baseball for the first time in their lives. Also with the coaches and trainers of the Cheetahs and their colleagues from Sittard, the Condors. Because it's new for everyone: baseball for the blind and partially sighted.

To explain the game, top coaches from Italy have been invited, the country where the sport already has its own competition. The Italians came to Beek at the initiative of Chantal Bos, regional consultant at 'Everyone Can Sports'. “We have little offer in Limburg in sports for people with a visual impairment. With this clinic we want to see if we can offer this sport in the future.” Giorgio Napoli, player of national champions Bologna White Sox, also came along. “I am visually impaired and because of this sport I function better. It gave me confidence.”

Trust is what matters. During a walking exercise, the participants are asked to bridge a distance of thirty meters. This is done by ear, at the end is a clapping coach who acts as a target. After an initial test, walking becomes fast walking and later running. "It is the first time that my daughter runs alone, without guidance," says a visibly proud father Ruud. Daughter Aniek (16) gets a smile from ear to ear at the finish. She gets applause from those present, but that is not appreciated by the Italian brigade. "That way the next person doesn't hear which way he should go," it sounds stern but fair.

Enthusiasm is also growing among the coaches. “I like how easy it is to learn. We should be able to do this”, says coach Alex Tielung of the Condors. Roy Vink of the KNBSB also traveled to Beek from his hometown of IJsselstein (Utrecht): „The Netherlands always competes with Italy for the European title, but they can really teach us something in this area. I am hopeful that this will be rolled out nationally.”

At the end of the day, a game is played, with the Condors and Cheetahs leading the way. The 7-year-old Enzo didn't dare to run alone at the start of the day, a few hours later he hits a ball into the field, and then sprints towards first base. “I've seen shy kids thrive on this sport. How beautiful if this also happens in the Netherlands”, Giorgio Napoli beams.

PERMALINK - The full url to this article:
https://aibxc.it/news/dettaglio.php?id_news=794